Every action is acted out as if it were part of a performance which is, at the same time, personal and collective; as a consequence, every photograph captures a moment of that performance.
Absolute photography is not about documenting a face through pictures taken every day; on the contrary, it is about an individual who has been concealed to sight since the day he was born and who shows himself to others –throughout his life– exclusively through photographs. In other words, that is how pictures could properly bear witness to absence, since –in photography– the concept of presence has a negative meaning. This amounts to saying that, without absence, photography could exist only in part; it is like the colour black, which is present in every other colour but –at the same time– can be seen only when all the other colours are absent. The proof is that the individual who lends himself to the fulfillment of absolute photography can give a concrete proof of himself only at the very moment when (his) life is denied: death.
Paradoxically, the conflict between presence and absence in photography can be solved by taking pictures of something that does not exist, a figment of the imagination – with the same kind of freedom which usually belongs to forms of art like painting and drawing.
It is here that my work as a photographer comes into play: turning pictures of real subjects into something absurd and unreal by losing the ability to portray, witness, describe, illustrate.
This is possible only if we separate the image from the picture: what we obtain is a series of objects which are independent from photography and, conceptually, “unphotographable”.
To think that reality is what we see in a picture is the easiest and most commonly accepted solution; yet, it is the result of a psychic distortion.
What we have here, instead, is the chance to create images that are the outcome of other images (that is, images that are not real but imagined); to show something which is totally absent.
This reflection –which is a short explanation of photography in general and of my work as a photographer in particular– is, essentially, a somewhat messy approach to the concept of image we are fed everyday, and the reason is that the way we are taught to look at reality is aberrant and one-dimensional.
As a consequence, we are mentally bound to a distorted idea of the use of the image and of its function – and, therefore, of photography (because the boundaries between ideal and real are so vague); yet, we are so deeply linked to this idea of photography (because that is what we are taught) that we assume it to be real just as we do for any other optical illusion.
The perfect conclusion for this paradox would be to invent an absolute camera: a device that, with every shot, replicates the same image over and over. This would be the only exhaustive role for photography: to endlessly reproduce itself.
The main issue, therefore, is how we aesthetically relate to reality; in other words, to admit that every aspect of a relationship (with reality, with the others) is a representation which would cease to be so if only we gave up conventions.
Yet, if this were possible, new conventions would arise which, in turn, would shape other representations; and since it is not possible for us not to create representations and, therefore, to see reality differently than in the aforementioned one-dimensional way, our use of photography can be all but partial.
As a consequence, we are not able to understand the positive way in which photography interferes with our conventions... Photography is somewhat of an alien. 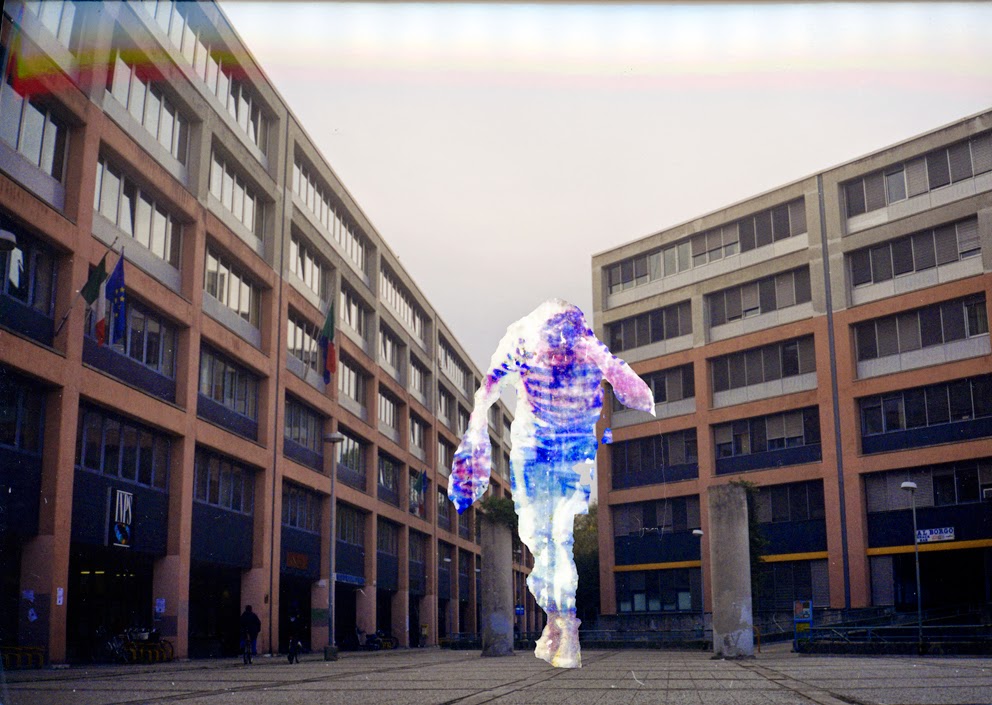 The ambition to bring an image to a further, successive level implies the creation of new perceptual realities. Every action undertaken in this light increases the difference between the future condition of the image and its initial appearance  – what we can define as “model” or “prototype”.
The result of this kind of work should be seen as an enhancement that I achieve by editing the image: by overloading it with –or depriving it of– information.
Theoretically speaking, this process can be compared to overwriting the initial –primitive and less evolved– image with data which resembles that already existing on it but which is meant to be its evolution.
We are mistaken if we think that a photograph can seize a portion of reality in an image (despite the fact that our perception is not able to grasp it and, therefore, to assert its existence); we are mistaken if we think that we can even freeze an image in a precise moment of its existence (of its progressive aging –of matter and meaning– and of its position in the context) and deny it its own history.
In my work, on the contrary, I try to force this common fate of the image.
It could be said that, when I edit an image, on the one hand I try to dismantle and erase its apparent qualities – as if I needed to turn it upside down and recreate it from scratch; on the other, I try to bring it up to date (even only just to test reality or our personal perception of it) to help people recognize it in/for the present.
Sometimes I’m afraid I might be obsessed with photography, but then I realise that photographs (and here I mean prints exclusively) are not static images; on the contrary, they are constantly in motion. Pictures are living things, creatures, almost animals: full of expression (personality, I dare say), growth, cycles, chemical reactions and mistakes that can not be corrected. More than other –more static– form of arts (like painting), more than digital products, computers or sci-fi robots, photographs can be treated as another living species.
Invia tramite emailPostalo sul blogCondividi su TwitterCondividi su FacebookCondividi su Pinterest 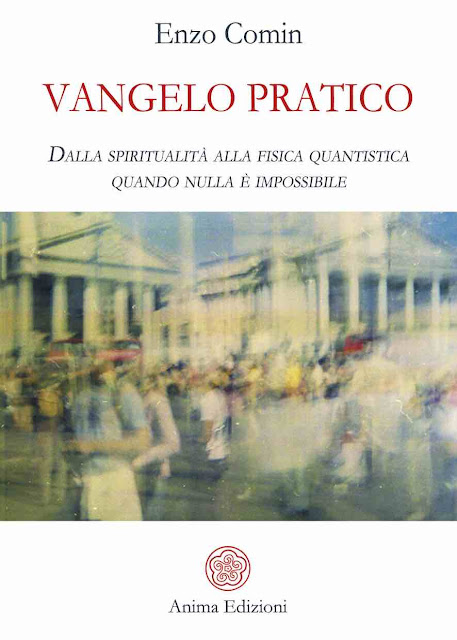 scrivimi:
write to me:
contact@enzocomin.com